Eastchester is a town in southern Westchester County, New York, United States.  There are two villages within the town: Bronxville and Tuckahoe. The town contains a census-designated place also named Eastchester.

Description:
The Town of Eastchester, which includes the incorporated villages of Bronxville and Tuckahoe, is about 5 miles south of White Plains and 20 miles north of New York City.

Train Station:
Crestwood, Tuckahoe, Bronxville stations are on the Harlem Line of the Metro-North railroad.

Major Transportation Routes:
Town is nestled between the Hutchinson River and the Bronx River parkways; Route 22 goes through middle of town.

History:
Eastchester, settled in 1664, initially stretched through Mount Vernon and into the Bronx. In 1700, present-day Eastchester and part of Mount Vernon were bought from Native Americans. Mount Vernon broke away in 1892. 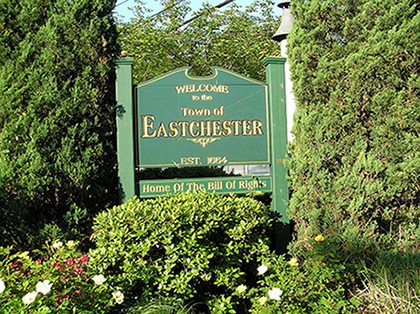